As part of these roles he had the opportunity to work at multiple international events, World Championships, Commonwealth Games and as part of Team GB at the Olympic Games in Athens 2004 and 2008.

In an evolving role as a recognised expert in cycling biomechanics, he has since worked with a multitude of pro cycling teams including Team Sky, Orica, MTN Qhebeka on their bike fits as well as physiotherapy support and provided education and training to bike fitters nationally and internationally. Analyzing sports injuries, movement patterns and contributing faults combined with expert manual skills provide athletes and patients with the best chance of a quick recovery and individualised bike positional work.

Click here to make an appointment with John - Book Now 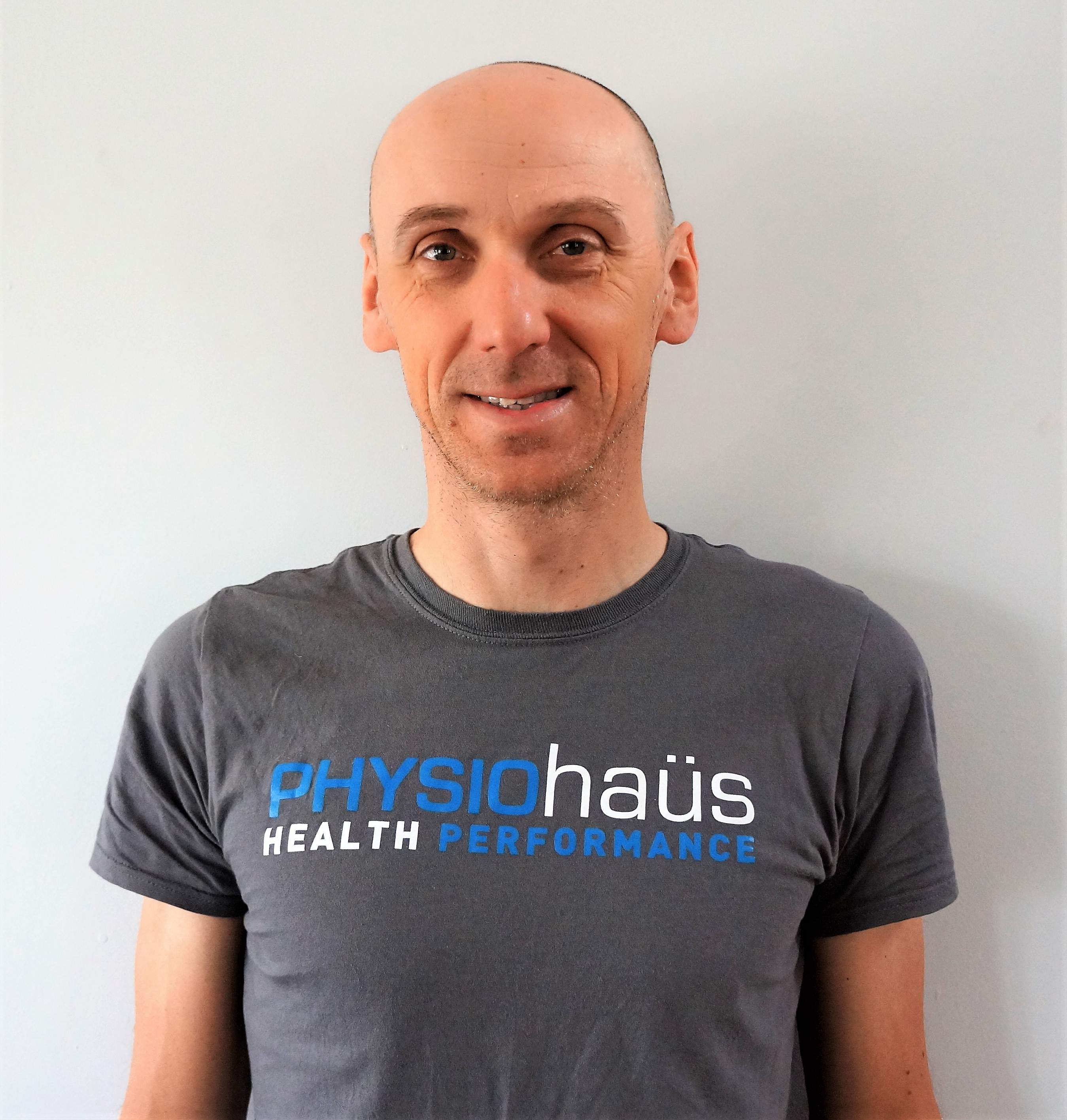 Katherine qualified as a physiotherapist in 2007 and she specialises in sports physiotherapy. She has always taken a keen interest in sport and competed as a professional athlete at the 2004 Athens Olympics, finishing seventh in the double handed ladies sailing event.

Katherine has worked as a Physiotherapist with Olympic and Commonwealth Games athletes and has worked with the English Institute of Sport, Durham University and Newcastle University sports teams, Newcastle City Gymnastics Club and British Rowing.
Katherine is also currently engaged as the Lead Physiotherapist on the Start programme at British Rowing.  The Start programme is a high performance training programme which identifies, recruits and develops individuals to become Olympic and World Championship rowers.

Katherine is also an APPI (Australian Physiotherapy & Pilates Institute) trained pilates instructor.  Her combined skills as a specialist sports physiotherapist and an APPI qualified pilates instructor allows her to run classes which utilise and exploit her in-depth understanding of musculoskeletal problems, injury prevention and injury management.

In 2012 Katherine completed a Masters in Sports and Exercise Medicine from Nottingham University.

Click here to make an appointment with Katherine - Book Now 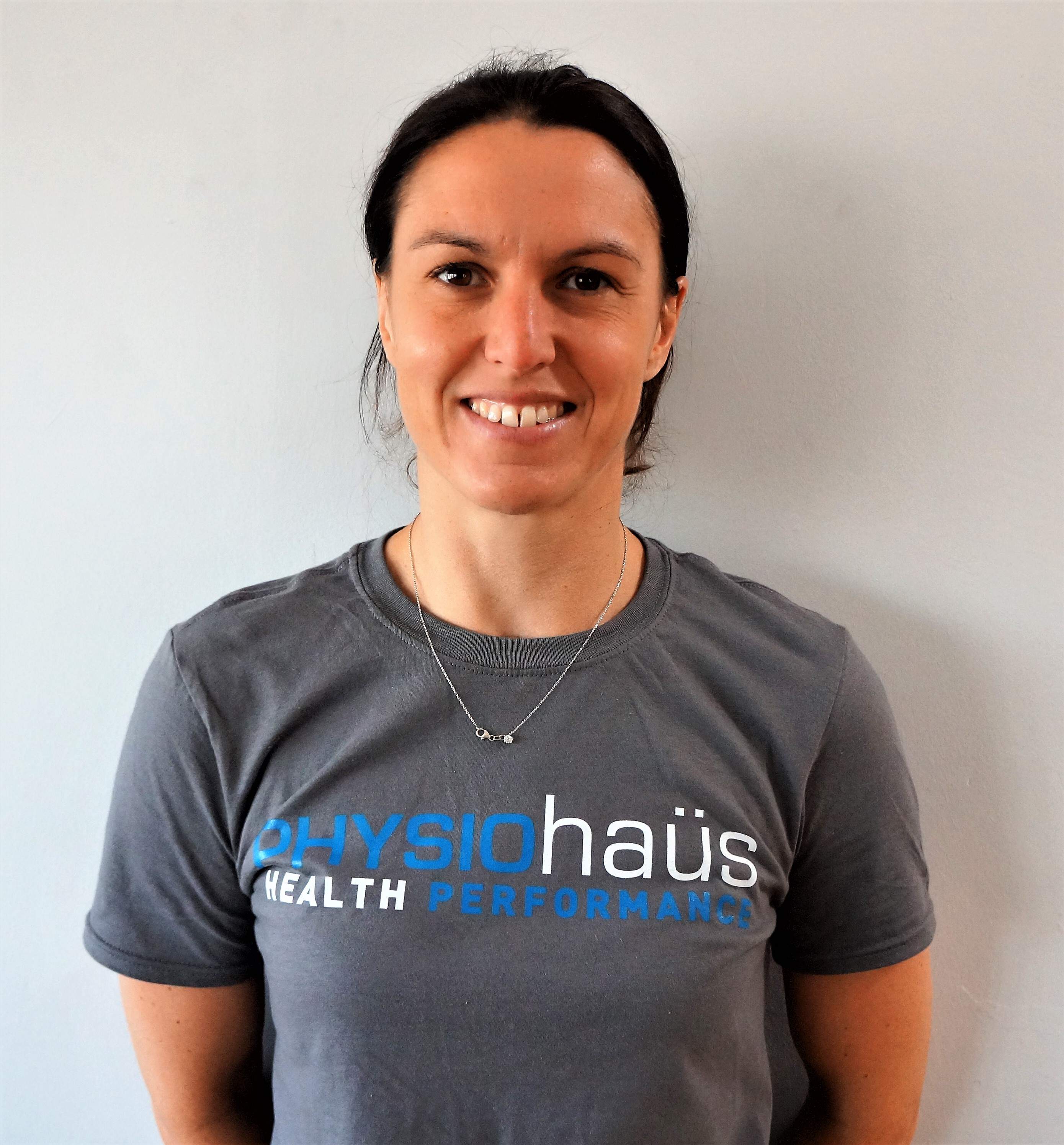 Morgan has experience with athletes from a wide range of sports and activities and enjoys working with sports people of all ages and abilities. He has a particular interest in performance, screening, injury prevention and biomechanical analysis in cycling and triathlon.

Qualifying as a physiotherapist in 2009, Morgan went on to work in the NHS in North Yorkshire. His interest in sports injury and rehabilitation, and especially cycling biomechanics and bike fitting, lead him to a move to London where he trained and worked at Cyclefit.

Since moving North again in 2016 Morgan has worked in professional sport at UCI Pro Continental cycling team One Pro Cycling, the Great Britain Cycling Team, where he worked at the 2017 UCI Road World Championships, and UCI Women’s team WNT Pro Cycling. Most recently he has worked at UCI World Tour team, Team Sky, working at some of the biggest races in the sport including the 2018 Giro d’Italia.

As keen road cyclist himself, Morgan rides most days and occasionally hits the trails on his mountain bike too.

Click here to make an appointment with Morgan - Book Now 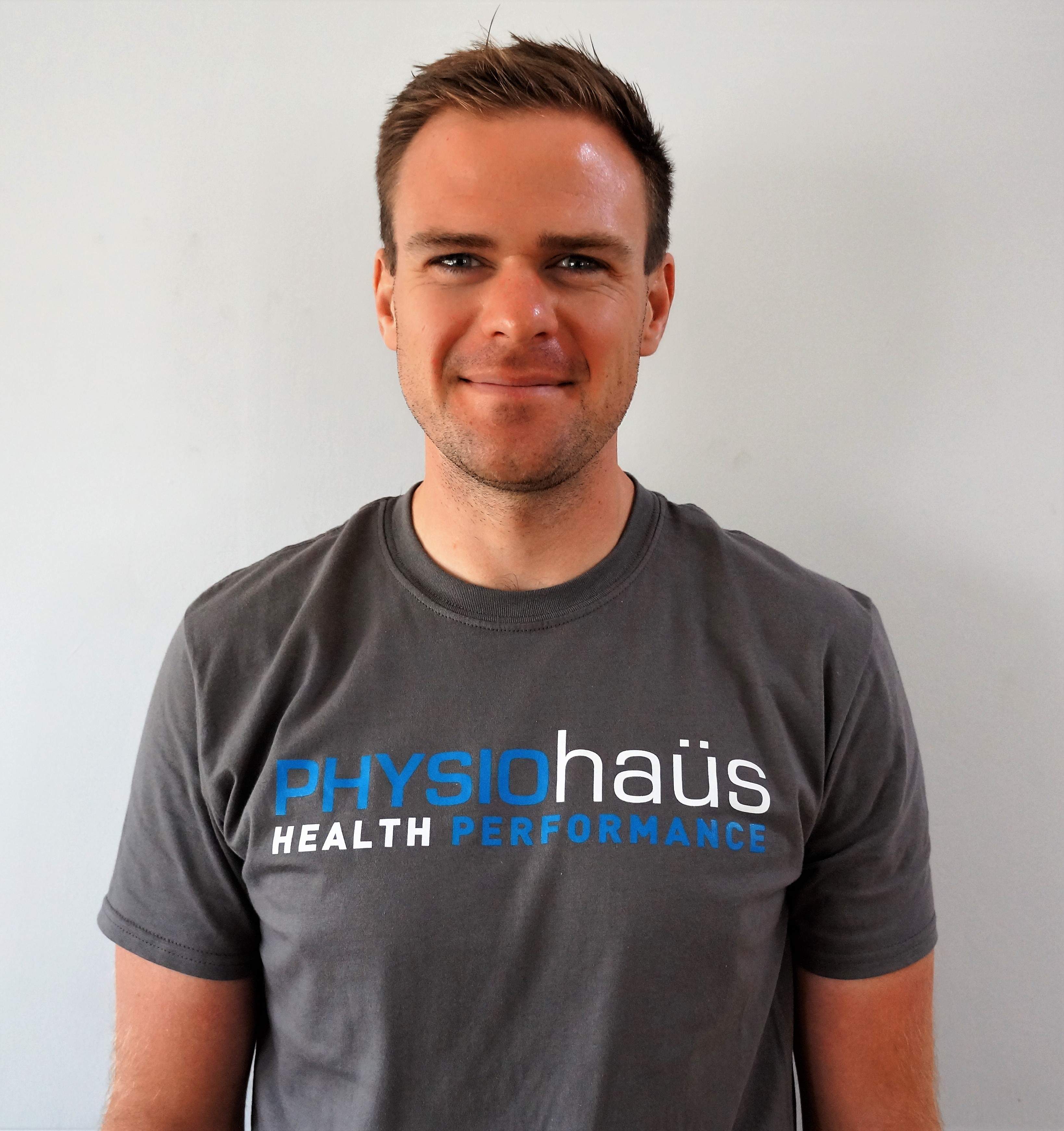 Fiona qualified as a chartered physiotherapist from Northumbria University  in 2005. She has gained knowledge and experience in the NHS within critical care, neurological rehab, respiratory, Paediatrics (orthopaedic, paediatric neuro, Talipes Equinovarus babies), musculoskeletal and Orthopaedics, Burns and plastics with reconstructive surgery.

Fiona then went on to study Orthopaedic Medicine and acupuncture at post graduate level. She has developed a clinical interest in Musculoskeletal and Orthopaedic trauma, with a particular interest in Tibial plateau fractures and Anterior Cruciate ligament Reconstructions as a result of trauma through sports injuries. This clinical background enables her to manage and treat sports injuries with a particular emphasis on lower limb biomechanics, and higher-level sports rehab.

Since joining the Physiohaüs team, Fiona enjoys working with clients and athletes diagnosing and treating all aspects of musculoskeletal/orthopaedic and sports injury conditions. She has a varied case load from treating Paediatric/adolescent conditions, triathletes, Ironman competitors, cyclists, runners and rowers. She also provides rehab post injury together with prevention strategies, higher level rehab with a graded return to sport.

Fiona also specialises in the  Run Analysis Service, this provides her with accurate measurements from a runner using - physiotherapy assessment, video motion analysis together with a structured run rehab programme to improve performance and prevent repetitive injuries.

Click here to make an appointment with Fiona - Book Now 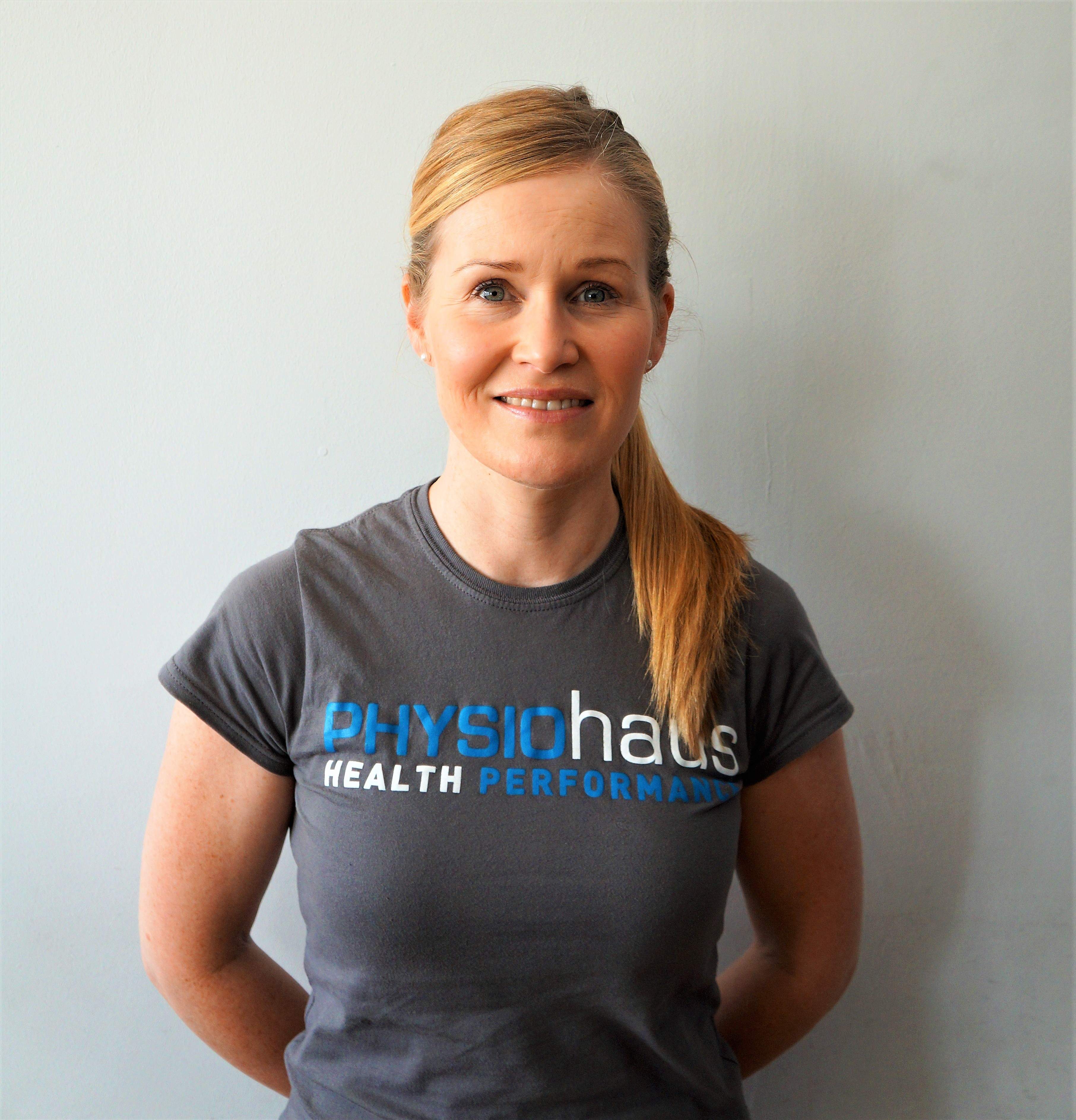 Bronwyn qualified from the Edinburgh School of Physiotherapy and has specialised in musculoskeletal injuries since 1987.

Bronwyn has worked as a Clinical Specialist for over 15 years at Connect Health in Gosforth and at the Osborne Clinic in Jesmond before joining the team at Physiohaus.

Bronwyn's expertise was further developed when working at the Commonwealth Games and the Sports Medicine Teams at Northumberland County Rugby, Newcastle Falcons Rugby and the EIS.

She has a wide experience in treating musculoskeletal problems and is particularly interested and skilled in lower limb rehabilitation and the treatment of lower back and pelvic disorders including pregnancy related back/pelvic pain.

Bronwyn particularly enjoys working with patients to help them achieve their goals.

Click here to make an appointment with Bronwyn - Book Now 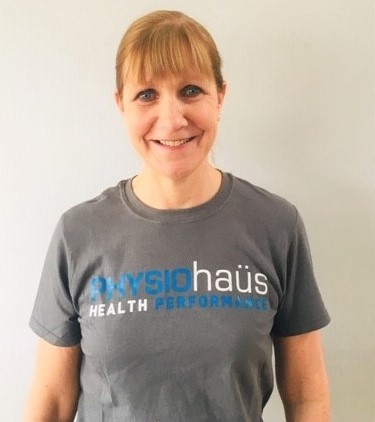 Vicky qualified at Nottingham University in 2002, obtaining a First Class (Hons) degree in Physiotherapy. She has 12 years of experience working for the NHS and in Occupational Health, private practice and elite sport in Leicester, Sunderland, Limerick, Ireland, where she lived for 3 years, Gosforth and Durham University. She has worked with all level of athletes across a range of sports, including rugby union (Leicester Tigers; Young Munster RUFC, Limerick), netball, Irish dancing, gaelic football, hurling, athletics, swimming, rowing, lacrosse and hockey.

Vicky presently works privately here at Physiohaüs as well as within Occupational Health and for the English Institute of Sport at Gateshead International Stadium, where she treats elite athletes in the North East. This includes members of the Women’s English Rugby Union Squad, Paralympic athletes, GB trampolinists and the Newcastle Eagles.

Vicky is also a member of the medical team for National Division 1 side, Blaydon RUFC and the Irish Rugby League Squad, who she travelled with to the Rugby League World Cup in October 2013. She also works as Physiotherapist for British Swimming and travelled to the European Championships and World Junior Championships in Baku and Singapore in Summer, 2015.

What Vicky loves most about her job is the number of people she meets every day from all walks of life!! Vicky is fascinated by the body and takes pride in problem solving and assisting the individual needs of every patient to optimise their recovery so they can resume their quality of life.

Vicky had the honour of representing England at all age groups in netball and played in the National Super League for teams including Team Northumbria. She now spends her spare time running, continues to play netball locally and nationally, coaching the U16 Tyne and Wear County Netball Academy, travelling and socialising with friends.

Click here to make an appointment with Vicky - Book  Now 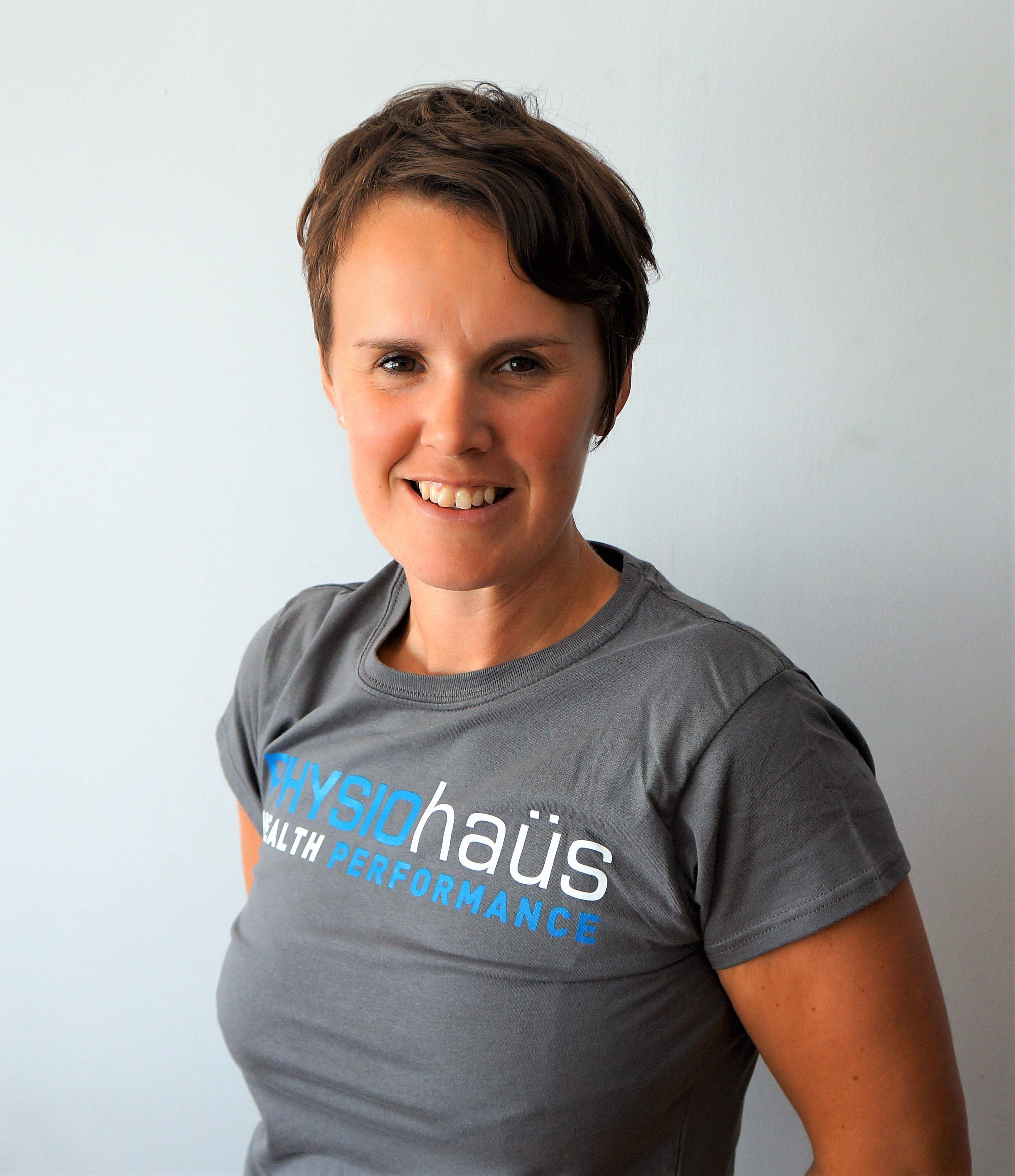 Since qualifying, Katie has gained knowledge and experience working within professional rugby at premiership, super league and league level and currently works with Newcastle Falcons first team completing two seasons with the club.

Katie has also gained knowledge and experience in Concussion Management and is a designated PVR on match day.

Katie is qualified in Personal Training and Nutrition (Level 3) and is a trained Metafit HIIT coach which enables her to have a comprehensive approach in helping clients not only with soft tissue therapy but also injury prevention, rehabilitation, fitness and general wellbeing.

Outside of work Katie Is a keen runner and sports enthusiast and enjoys being active and outdoors. She looks forward to gaining her Level 4 in Sports Massage Therapy.

Click here to make an appointment with Katie - Book Now

Jon is a postgraduate sports scientist and therapist with a long-term personal and professional interest in cycling.

Jon is an experienced sports scientist with in exercise testing, both in the field and in the lab environment. Jon can offer cycling power tests a lactate testing to riders of all levels and help them understand the results and how they can transfer them to their training.

In 2015 Jon qualified as a sports massage therapist, registering with the Sports Massage Association. Beginning by treating the aches and pains of elite athletes, Jon now has a varied and strong client base, also treating those who develop pain as a result of day-to-day life.

Jon really enjoys working one-to-one with his clients, training and educating them on all aspects of cycling, including lifestyle and nutrition, helping them to understand how small changes can have a big impact on their quality of life and performance.

Jon graduated with a first class honours in Sports Science in 2014 and an MRes in Exercise Science in 2016. During his studies, Jon has researched and published work on the influence of positional biomechanics on gross efficiency (Journal of Cycling Science, 2014) and the effect of hot and cold drinks on thermoregulation perception and performance in cyclists (European Journal of Applied Physiology, 2018).

Not surprisingly Jon is a very keen cyclist but surfs regularly to get away from two wheels every now and then.

Click here to make an appointment with Jon - Book now 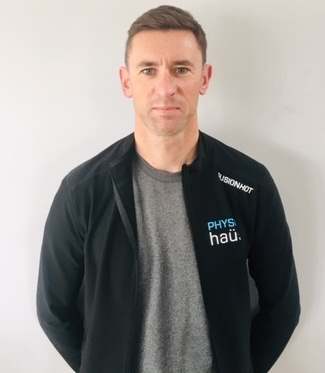 With a foundation degree in Leadership and Management, Tracy is passionate about providing exceptional customer service and strives to enhance their experience at Physiohaüs. She loves meeting people and would describe herself as a people person enjoying the buzz that a clinic environment provides.

Tracy's ambition at Physiohaüs is to continue to deliver services to the high standard our clients expect and deserve as well as continually looking at ways to develop the company and the team. 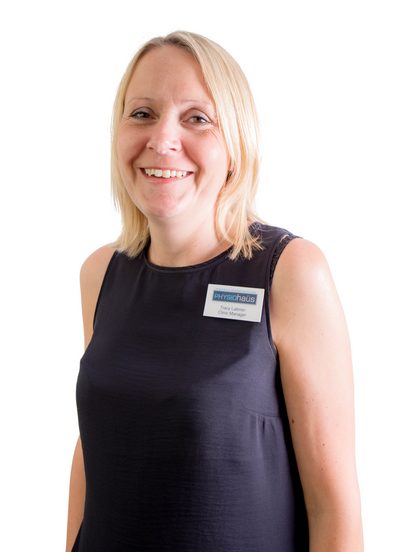