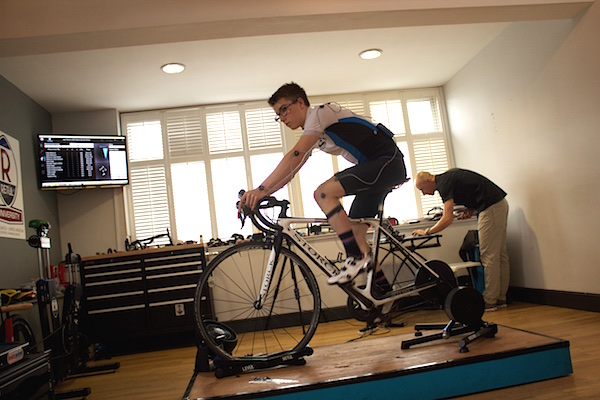 Retül bike fitting: it's not for palm readers or pimps

Responding to a BikeBiz article, Eben “Bike Snob NYC” Weiss joked that “along with coaching, cycle fitting is perhaps the biggest racket going in the cycling world, and practitioners of both generally occupy a rung on the societal ladder between palm readers and pimps.”  Weiss’s tongue-in-cheek comments – about an ass-cleaving saddle as it so happens – have not dented the popularity of bike fitting. There are a number of bike fit methodologies on the market (long gone are the days of looking a rider up and down and saying “you’re a 22 inch”) and, for many bike shops, operating an in-house bike-fit studio is now essential.

But bike fitting is not an exact science, as the best bike fitters will tell you. Agreeing that bike-fitting-jigs are only as good as the fitter using them, John Dennis, a physiotherapist and triathlete, told me “You can give a monkey a machine gun …” and his raised eyebrows added “… that doesn’t mean he will work out how to use it to shoot you.” Dennis is Retül’s lead fitter in Europe and an instructor on the “dynamic fit” system. Read More..