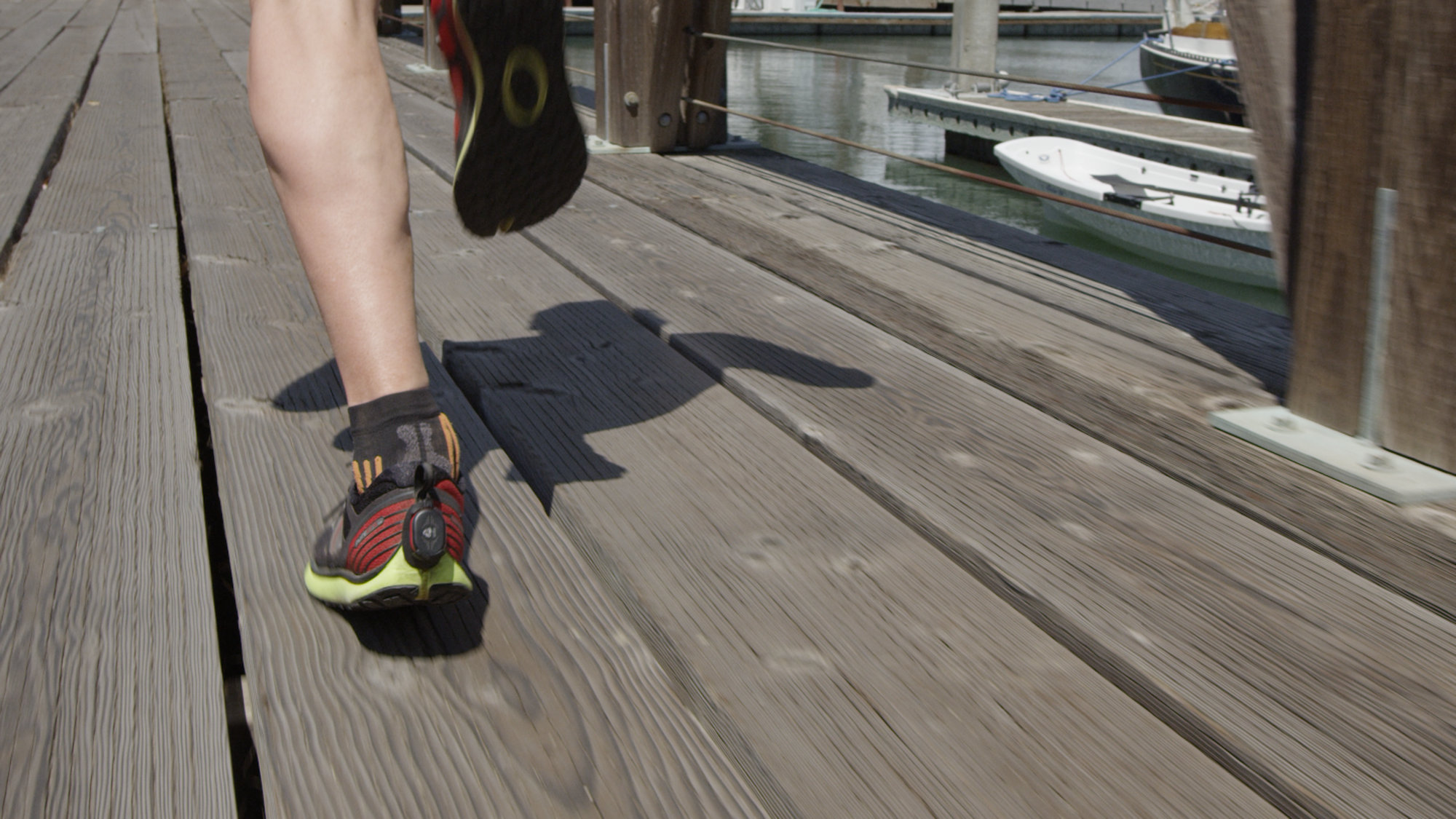 At Physiohaus we came across RunScribe via a trip to Boulder USA. I’m an avid runner and therapist who has had just about every injury going. For me RunScribe offered something different to typical gait analysis – gait metrics from your actual run! Not treadmill or video analysis in a laboratory setting but field data from how you specifically move over various terrain.

At Physiohaus, we use RunScribe as an adjunct to the typical Gait Analysis. We will do the treadmill video analysis after a detailed patient history and physical assessment. Then secondary our patients use RunScribe during their normal training patterns and routes and also through some set runs on a track or similar.

We download that data and take time to go through it looking for anomalies or patterns of presentation which fit with our patient assessment.

A case example is a 39-year-old male runner recovering from a 2-year groin injury which resulted in surgery for Gilmores groin. He had a bilateral repair 15 weeks ago. Prior to the surgery his MRI showed signs of right sided osteitis pubis and low grade bone oedema. Physical examination indicated tight rectus femoris and psoas (hip flexors) but otherwise good core strength. Slight weakness on the right gluteal and very slight right sided rotation of the pelvis.

There is a history of intermittent lower back pain L5 S1 and right sided Iliotibial band issues which are controlled. He is also ATFL (anterior talo fibular ligament) deficient in the right ankle and had peroneal inflammation likely due to the ankle instability and prolonged running on unstable surfaces. A slight leg length discrepancy of only a couple mm.

His running injury came on after a 106-mile ultra-marathon race with 10,000m of ascent which took him 32 hours to complete. By continuing to train after this event his symptoms were aggravated. He also acknowledges signs of the injury in the final hours of the Ultra Marathon event with restriction in movement of the pelvis and a ‘feeling’ of doing severe damage when trying to run downhill.

This particular runner has so many multifactorial issues at play things can become quite complex. It’s very easy to over complicate things and become susceptible to red herrings. With RunScribe data we can either support or refute presentations of injury.

Without delving too far the consultant supports the notion of the groin injury being attritional, happening over a prolonged period of time. The therapist’s mind-set then asks what imbalances might have been at play over this time frame and what weaknesses and asymmetry exist?

Keeping in mind that since the groin flare up the runner may have changed his running biomechanics as he is continuing to run but not at the same volume or intensity.

So the 39-year-old runner used RunScribe, one on each shoe on the heel mounts for several runs. Steady paced runs around 7min mile pace on road and trail. We didn’t want to use them on the Track as he doesn’t normally do track work.

We were looking for differences in foot strike. We know that a runner’s perception of foot strike can be quite different from how they actually foot strike. We wanted to know foot strike patterns on mixed terrain vertical and descending and stride lengths and significantly, if any difference between left and right. 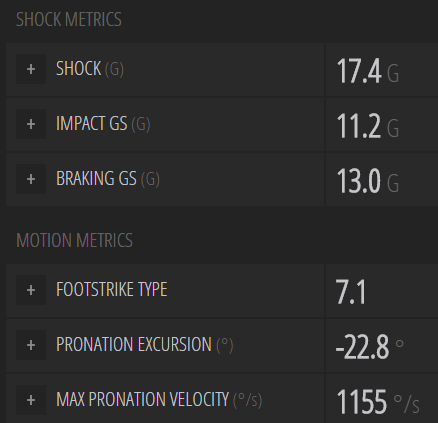 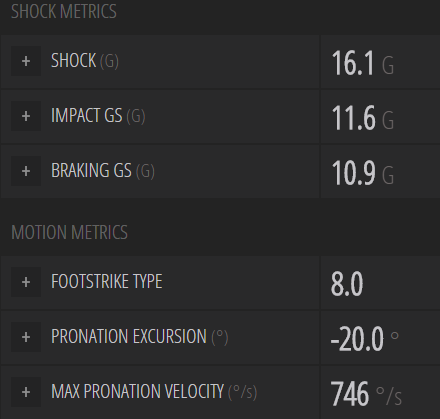 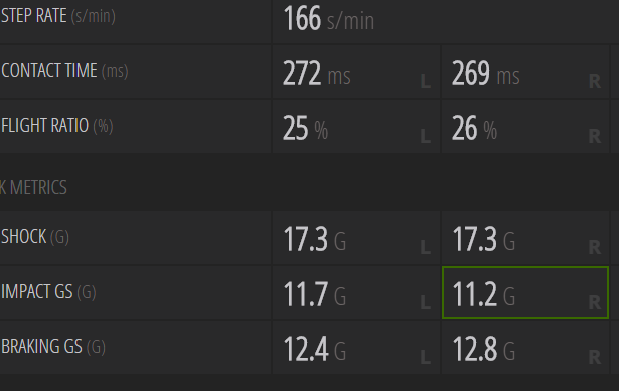 Through bringing an awareness of this to the runner he acknowledged a sensation of over striding on his right which he thought was particularly exacerbated when he was tired, especially when running downhill. He would just lengthen his stride and being 6′ 2” tall he would move faster downhill and rest at the same time; but this would come at a cost.

A noticeable side effect of the RunScribe application, as is often accepted amongst therapists, is the psychological almost placebo effect. Because a runner is using RunScribe, they alter their gait anyway. They are conscious of the devices whilst running, so either consciously or not, are more aware of their own running form. The runner describes this as almost an opposing awareness tries to over work what he understands he does naturally in an attempt to measure it. This I guess is a variable of RunScribe and so long as we remain aware of this, can factor it in as both a positive and negative.

The runner still experiences groin pain but is finding this more manageable with training interventions and reduced long runs on unstable surfaces. He has also adapted race schedules at least for this year to avoid Ultra distances.

We used RunScribe to help identify and feedback asymmetry within the running gait. They have formed an intriguing and useful part of a therapeutic protocol which has helped both the runner and therapist translate clinical theory to run training and function. We have been able to track changes over time and attribute these to strength gains and or decreased pain post-surgery. We have also been able to look at differences within shoe types and in the future hope to identify effectiveness of a shoe orthoses intervention.

I’ll let you know how that one goes.