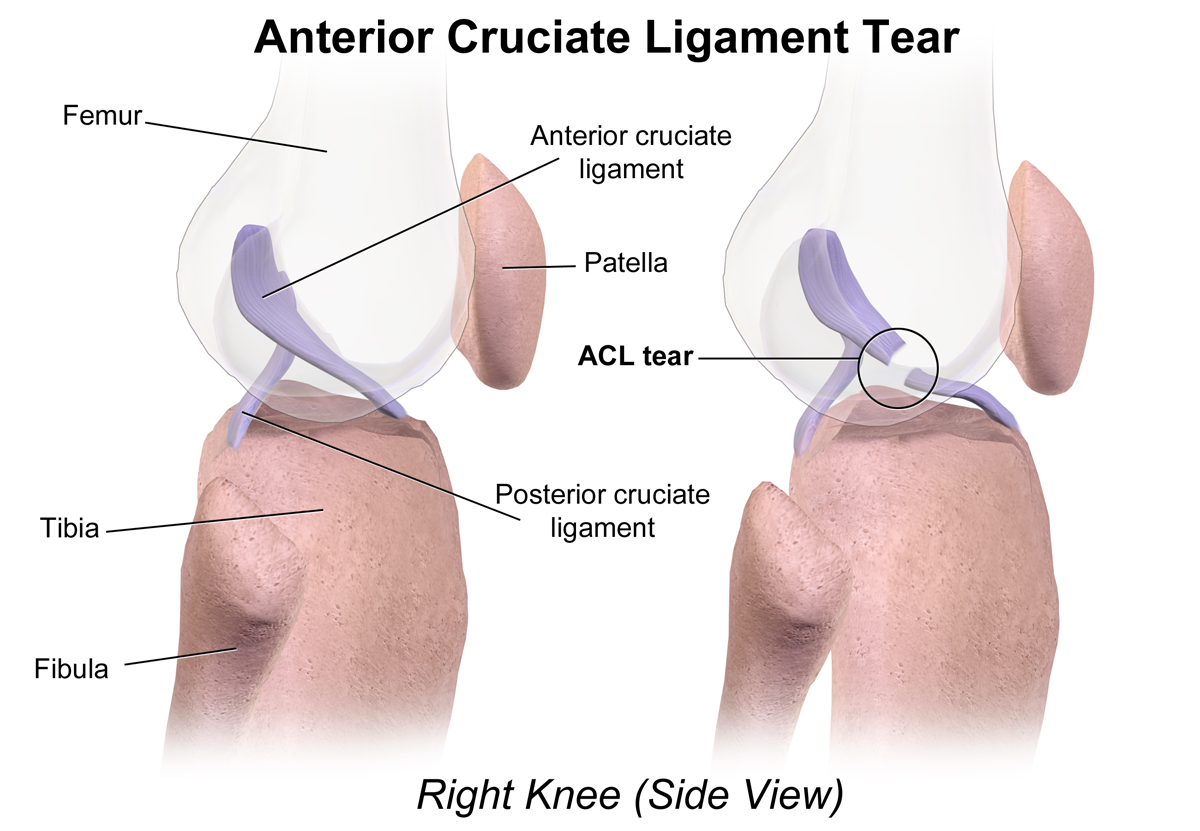 The anterior cruciate ligament (ACL) is one of the most important ligaments providing stability to the knee joint.

The majority of ACL tears occur in sports which involve pivoting and rapid deceleration e.g. netball when a player lands from a jump-it is much more prevalent in females than the male population.

If surgical reconstruction is the treatment choice, it is important that appropriate ‘pre rehab’ is undertaken to prepare the knee for surgery. This involves progressive rehab from the early stages (1-2 days post injury) up to 6 weeks.

Post operatively, the ‘accelerated rehab programme’ which allows progress quickly from walking with crutches and doing basic muscle contractions up to running/jumping by 12 weeks post op. When dealing with an elite athlete return to sport is always their focus and so it is important to incorporate sport specific activities as early as possible to build confidence and maintain skills. Whilst getting back on court is key often the individual is concerned about re injury in the contact situation and so repeated drills and gradual ‘competitive’ rehab is crucial to success. Whilst netball is described as a non contact sport-anyone who goes along to watch a Super league match will see that ‘non contact’ isn’t always the case!